A lady didn’t hope for an April Fool’s Day prank on her man to go south as after doing the prank, she got the opposite reaction of what she’d expected.

The lady buzzed her beau in the morning of April fool’s day via Instant messaging app, WhatsApp and told him that she was in love with someone else.

As opposed to what she’d expected, for him to react in an heartbroken way, the gentleman identified as Victor Babatunde appeared to be cool about it and accepted it in good faith.

Taken aback by his attitude, the lady asked if they were breaking up and he answered affirmatively. His babe then pleaded for him to stay with her even though she’s in love with someone else… a notion Victor deemed as “crap”.

The lady eventually tried to let him out of his misery and told him it was an April Fool’s prank but Victor was not having it and appeared to be no longer interested in the conversation and ignored her.

He later took to Twitter to share screenshots of their chat but didn’t state if he’s yet to reply her. 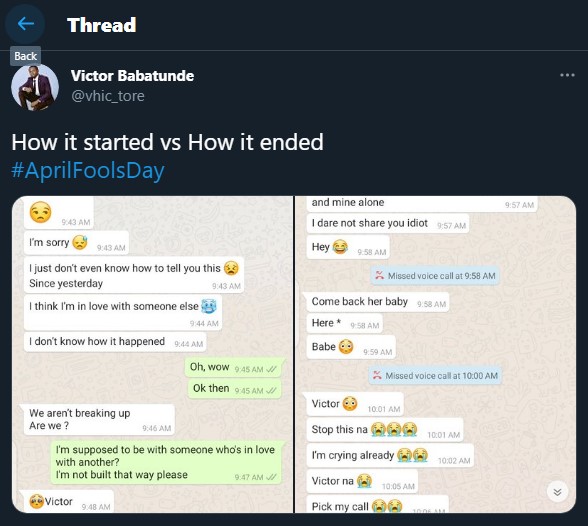 See screenshots of their chat below, 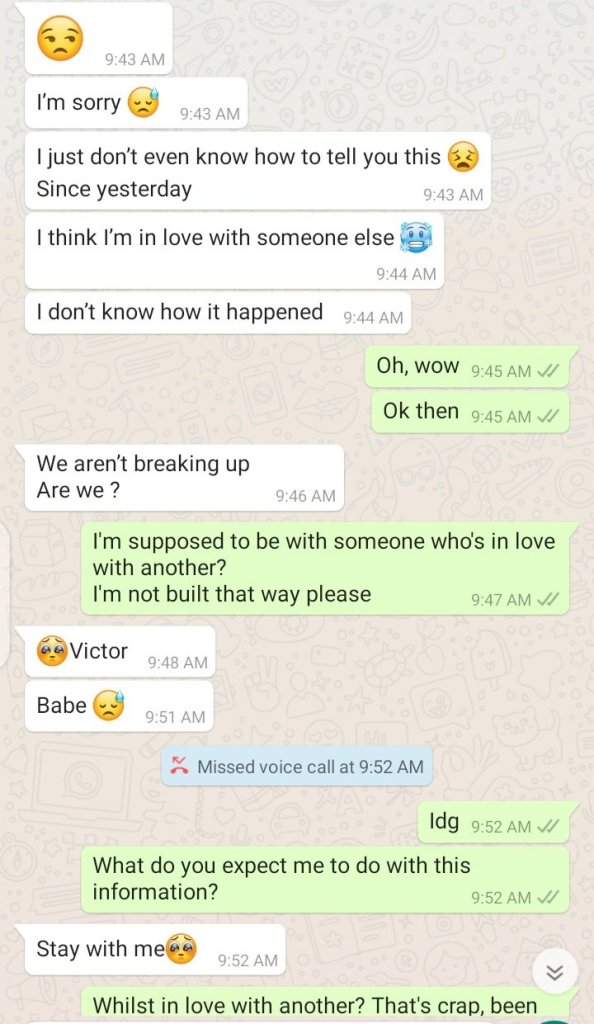 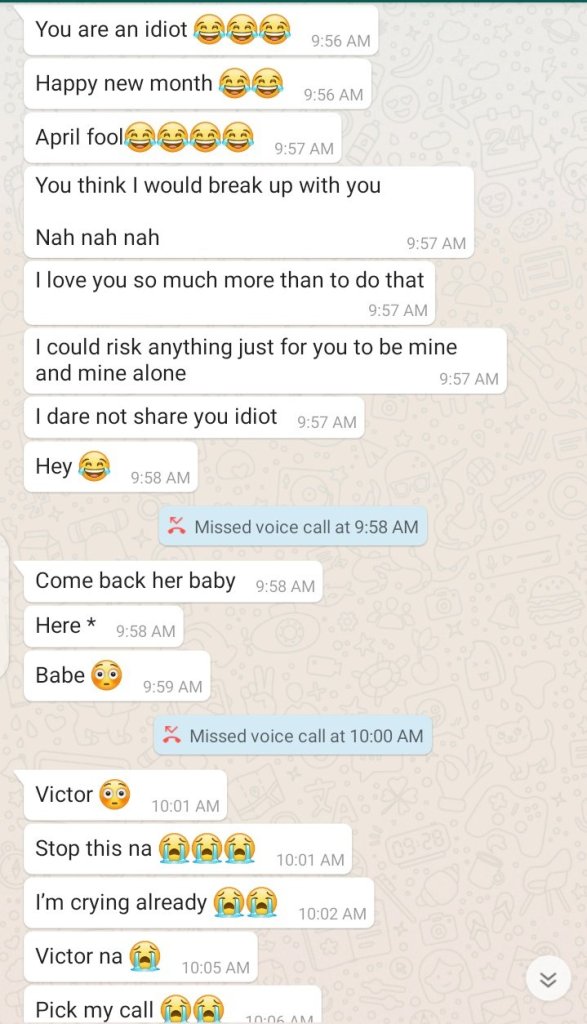 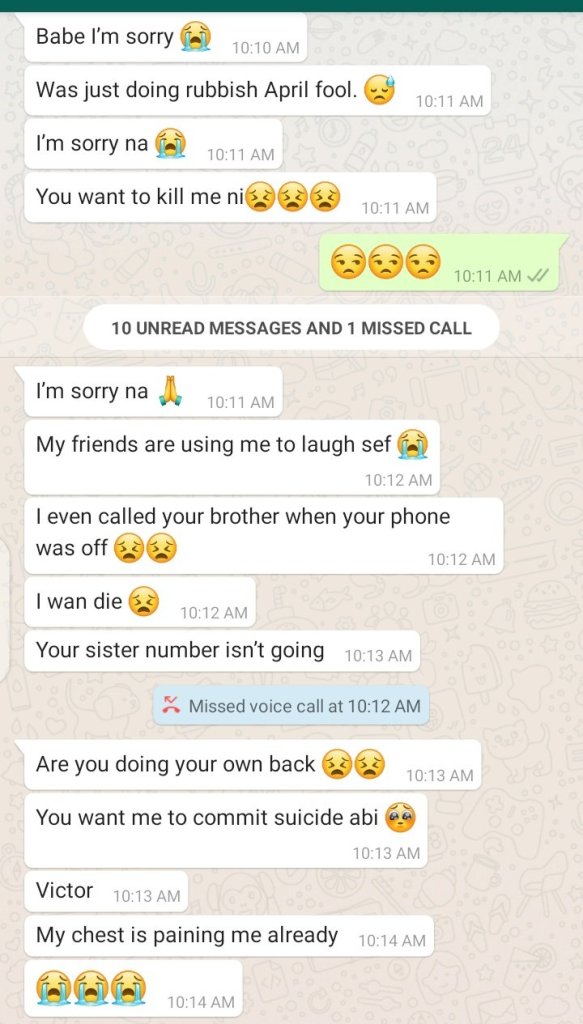