Russian President Vladimir Putin has lost another commander. The 15th of its top military leaders has been killed as the country’s invasion of Ukraine enters its second month.

Colonel Alexei Sharov has become the latest senior Russian official to die in what has become the country’s biggest loss of senior military personnel since World War II. His death was announced by the Ukrainian Armed Forces on social media on Tuesday. 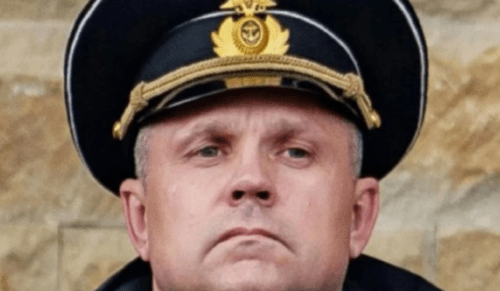 The commander of the 810th Brigade of the Separate Guards Order of Zhukov in the Russian Marines, was reportedly killed in Mariupol, a city in which more than 100,000 people were trapped amid a siege by Russian invaders.

At least 902 civilians were killed and 1,459 injured in Ukraine as of midnight March 19, the UN human rights office said.

Ten million people have been displaced, including nearly 3.4 million who have fled the country, the UN refugee agency said.

Russian media had reported that they had lost nearly 10,000 troops since the invasion began, but tabloid Komsomolskaya Pravda has since said they had been hacked and that was not the case.

Russia has not officially updated its casualty figures since it said on March 2 that 498 military personnel had been killed and 1,597 injured.

Sharov’s death comes after the death of Colonel Nikolay Ovcharenko, commander of the 45th Engineer Regiment.

Sharov is the fifth colonel to die and marks only 15th of Russian military commanders who died during the invasion, according to The Sun.