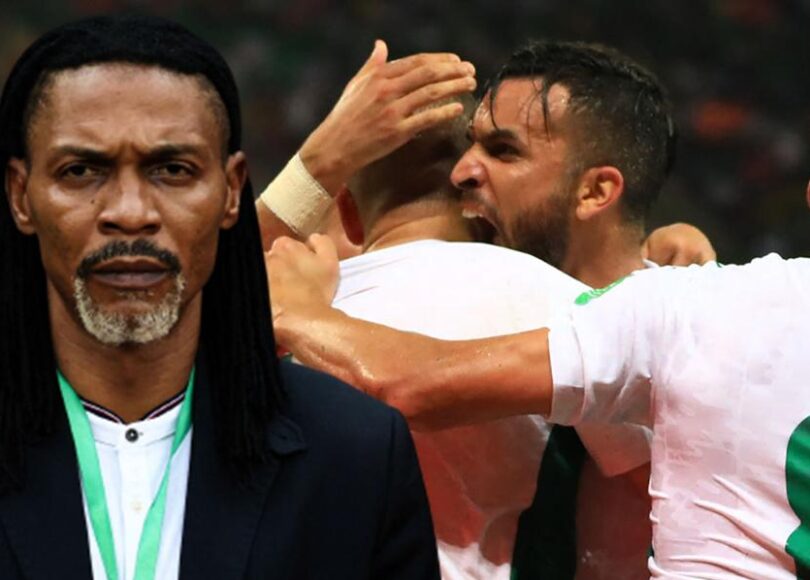 Yesterday Tuesday, Cameroon created a sensation, eliminating Algeria after extra time in the play-off for the 2022 World Cup qualifiers. After the meeting, coach Rigobert Song revealed the underside of the success of the Indomitable Lions in Algiers.

Present at the post-match press conference, Rigobert Song indicated that this vic tory is the result of the lessons learned during the first leg. “As in the first leg, the Algerian team showed great defensive rigor, but this time we had taken our steps, learning the lesson of the first leg, to better manage this second leg. »,

he launched, before continuing.

“In addition to the good use of the corridors, we put two attackers in front to put more percussion, analyzes the Cameroonian coach. Although, it was not the good tactical management that played the biggest role in our qualification, but rather the mental one. Algeria saw itself qualified just by taking into account the result of the first leg, and even if it was a little doubtful after our first goal at Tchaker, she quickly fell back into excess of confidence after the equalizer. When you’re a real competitor, you don’t give up. Which was the case for our team. »

“When you’re a Leo, you can waver, but you don’t really die. My players stayed in the game, even after that killer goal, which I’m sure would have wiped out more than one team. Their efforts have been well rewarded and good for us. », added Rigobert Song.