For the past few days, videos of a man claiming to be Jesus have greatly shocked the Christian community.

The latter, during his teachings in his church, claimed to be Jesus Christ and claimed to hold powers of destruction of the whole world.

In addition, he says he is capable of making his followers billionaires. And to top it off, the Baoulé Jesus claims to be able to subtract points from the stock of blessings of his followers.

In a video that has gone viral, he is seen telling his followers: “I am the one who will destroy the world. Take a good look at me, I’m going to annihilate the world. I do minus 1 to your blessings, all of you”.

These actions of Jesus Baoulé tend to destabilize the faith of some Christians, and tarnish the image of the Christian faith. 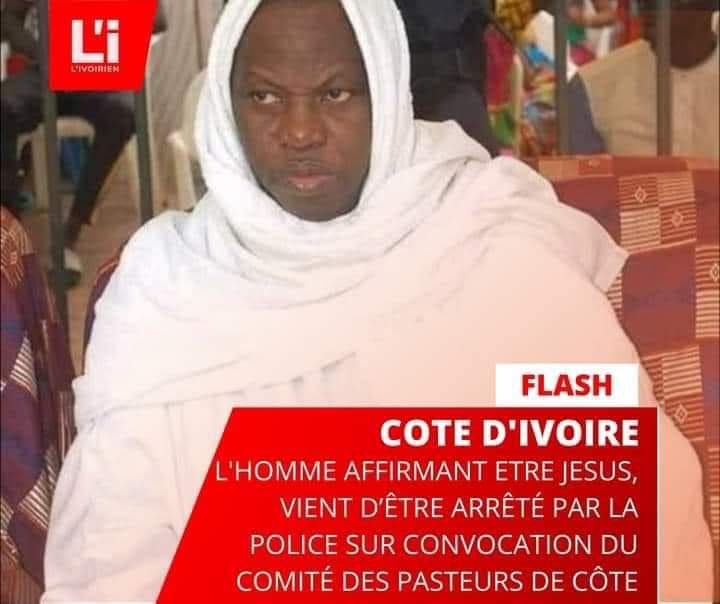 The article Ivory Coast: Arrest of Jesus Baoulé by the Police appeared first on RDJ.