A Nigerian man has been left counting his losses after he was scammed by fake bank representatives.

Apparently, the scammers promised to flip his money by a large profit margin and that format was enough to convince the gullible victim into sending one hundred thousand naira to the scammers.

However, he never heard from the scammers anymore and he decided to visit the bank to ask questions. 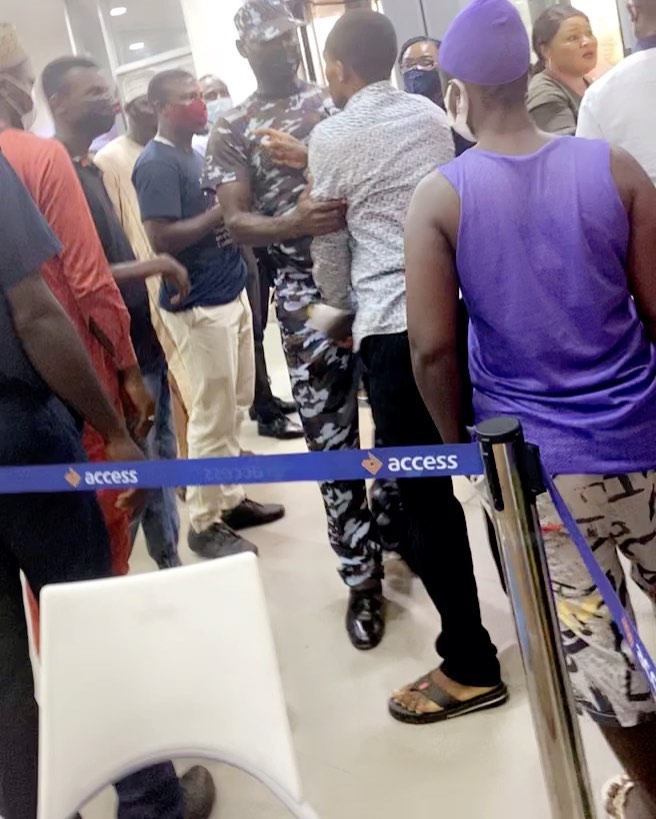 Instagram user, @ritaacooks who shared the story on her page, wrote ;

So this guy got a call from online scammers claiming to be access bank representatives to send 100k and receive a million naira after 2hours which he did without hesitation(cos obviously people are greedy)! After waiting for a while and the so called “representative” didn’t get back to him, he realized he was scammed and came to the access bank (chevron branch) to ask for his 100k or 1million, the bank said they can’t do anything about it Cos he’s a first bank customer! But obviously the man wasn’t having it😂😂😂

Pls, be careful and avoid being greedy!
#what I saw on Thursday wasn’t funny , like he nearly fought with everyone🤣🤣🤣