Controversial crossdresser, Idris Okuneye a.k.a Bobrisky, has called out a certain prophetess who claimed that he will be terminally ill in 2019. 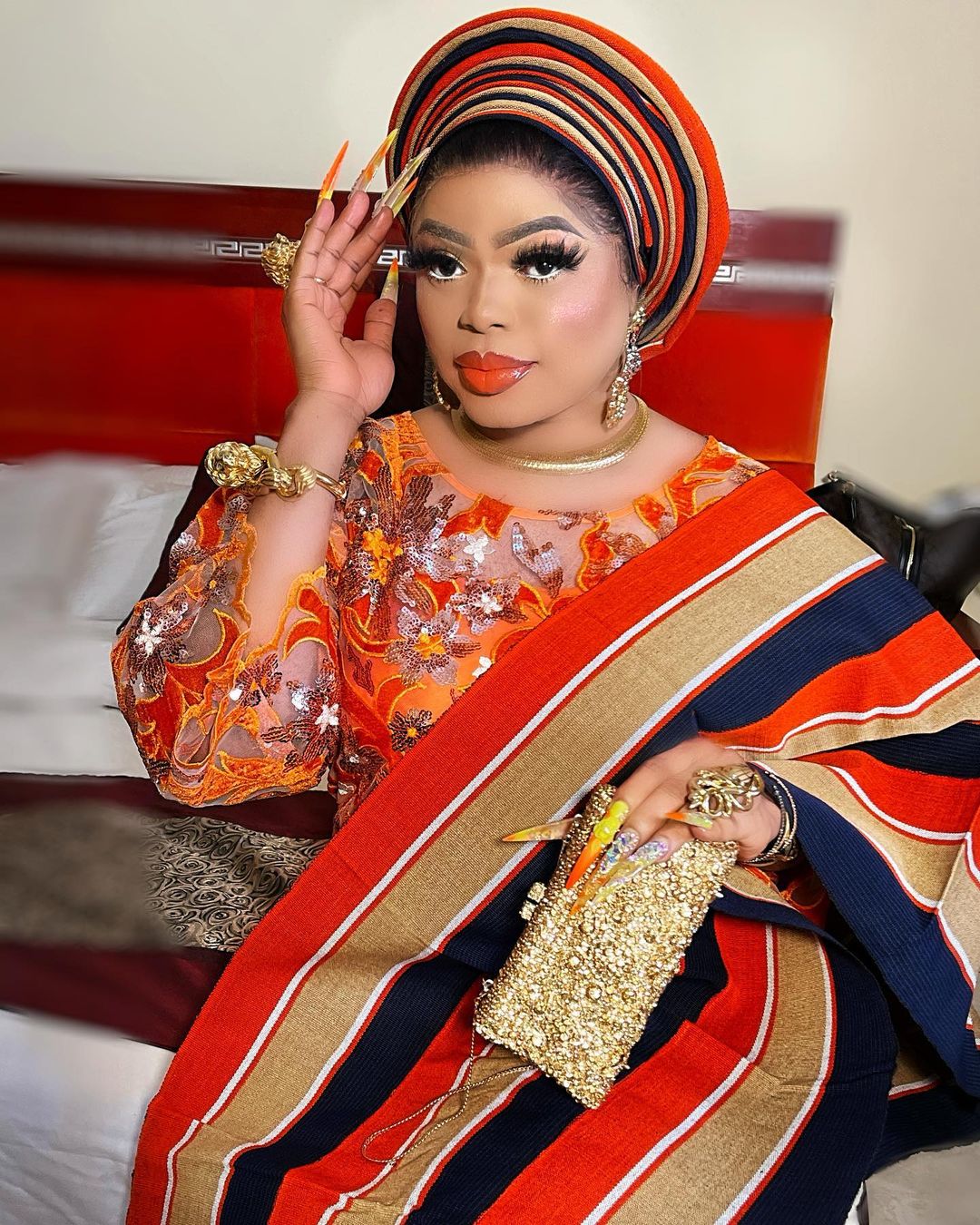 Recall that in the earliest part of his crossdressing career, Bobrisky received severe backlash on social media and some “religious individuals” released prophecies about how his life will end if he doesn’t change his ways.

A Prophetess, identified as Dr Blessing Chidinma Prince, also took to Facebook to prophesy that Bob will be hit with an incurable disease if he doesn’t repent and change from his “abominable ways”. According to the prophetess, the male barbie may not survive the year.

Recounting the negative prophesy shared 2 years ago, Bobrisky has mocked the prophetess and described her as “fake”.

“Where is that fake prophetess that said I won’t live to see 2019 that year, we are in 2021 now. You better go and find another hustle!! Maybe start frying akara at Abule junction I wil help you influence it mtcwwww.” 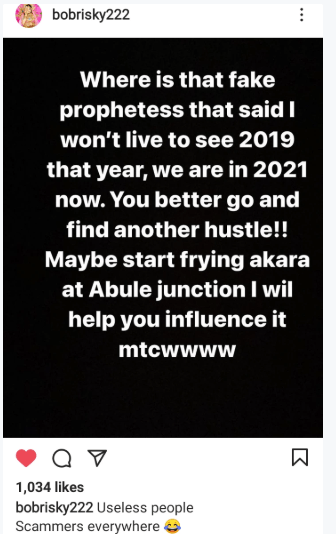