Nollywood actress, Toyin Abraham was recently at loggerhead with some netizens who criticized her newly released movie, The Prophetess. 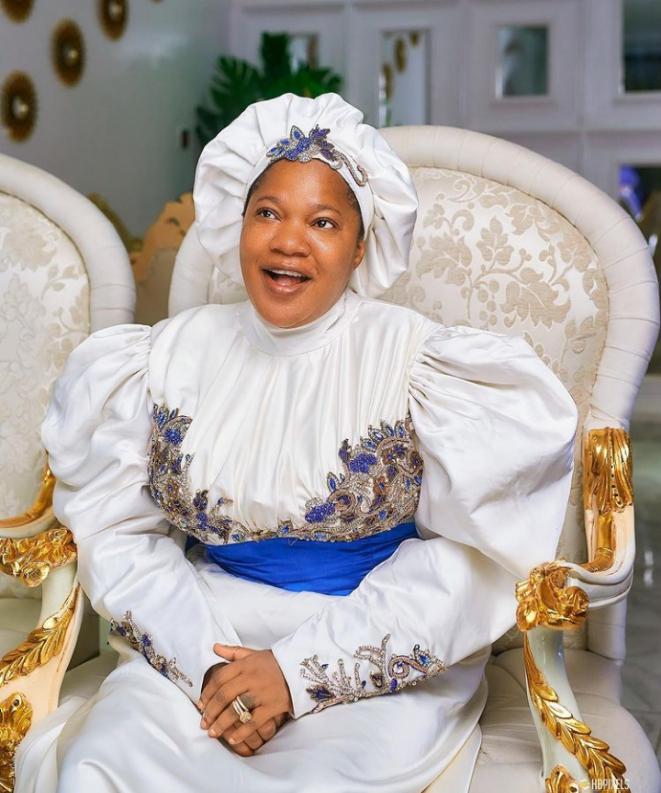 The movie, which was produced by Niyi Akinmolayan, premiered last weekend amid funfair and started screening in cinemas nationwide on Thursday, April 2. However, it has been met with mixed reactions on social media as some viewers have strongly condemned the movie.

A movie critic on Instagram, Cinema Pointer, shared a review of the movie on its official Instagram page and it was filled with negativity.

They wrote, “Not Recommended. Chaotic and noisy, ‘The Prophetess’ is One Hundred and Forty Four minutes of nonsense.” 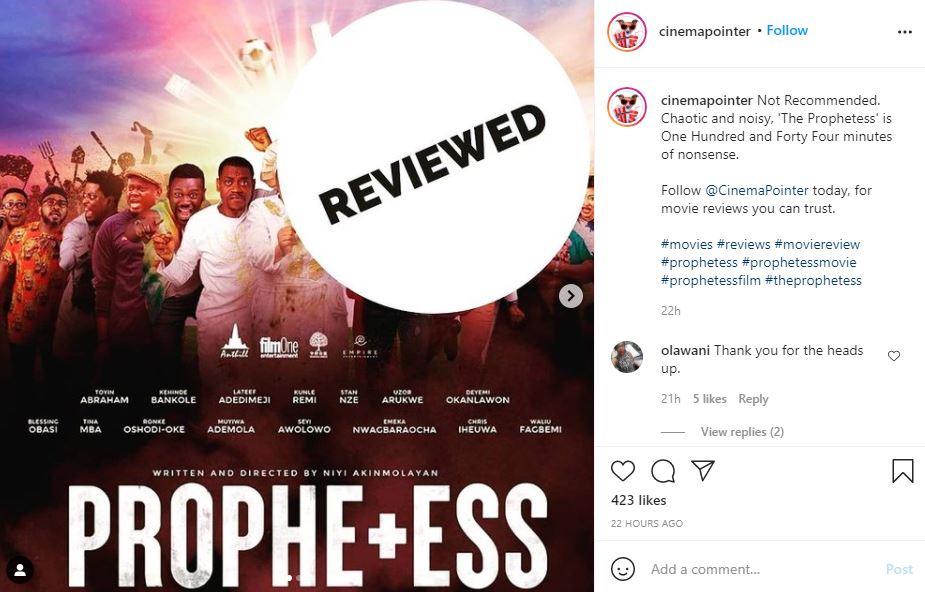 The negative review encouraged other fans to share their honest opinions about the movie and Toyin Abraham, who starred as the lead actress, was dragged to filth over the “adulterated rubbish”.

In reaction to the criticism, Toyin Abraham lambasted Cinemapointer for always condemning her movies. She claimed that the writer hates her because she is successful in her career.

The mother of one also dared the writer of the faceless brand to reveal their identity.

“I can bet my life that you’re someone in the industry that does not like me cause I’m doing great and you cannot stop me. Any movie I act in or produce, you always trash it. I’m sure you thought I produced prophetess but no I didn’t produce, I only acted in it. I have my audience and market, I keep feeding them.

My darling, making 130 million during the pandemic and end sars is not a joke and being number one on Netflix for weeks is not a fluke. Prophetess is about Nigeria, for Nigerians and made by Nigerians, (Mr Niyi Akinmolayan)and you say bad things about it. Cinemapointer, whoever you are and whoever paid you, I leave you to your conscience.

And lastly, like I said, I am a brand and I know my market and I willing never stop feeding my market. Peace and love.
NB: we won’t bribe your the way others are bribing you, so keep saying trash; but let God judge you. If you want me to really believed your reviews, my darling show your face.” 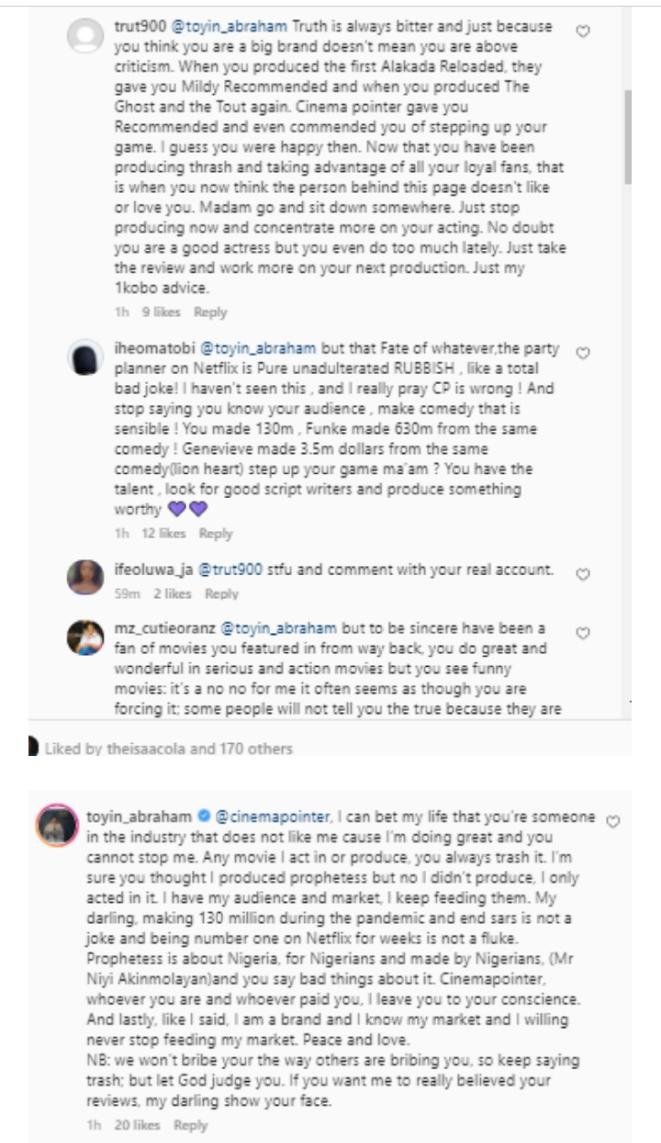