A very bizarre and distasteful scene played out at a restaurant in South Africa where a woman slapped her man due to his inability to pay for food they ate. 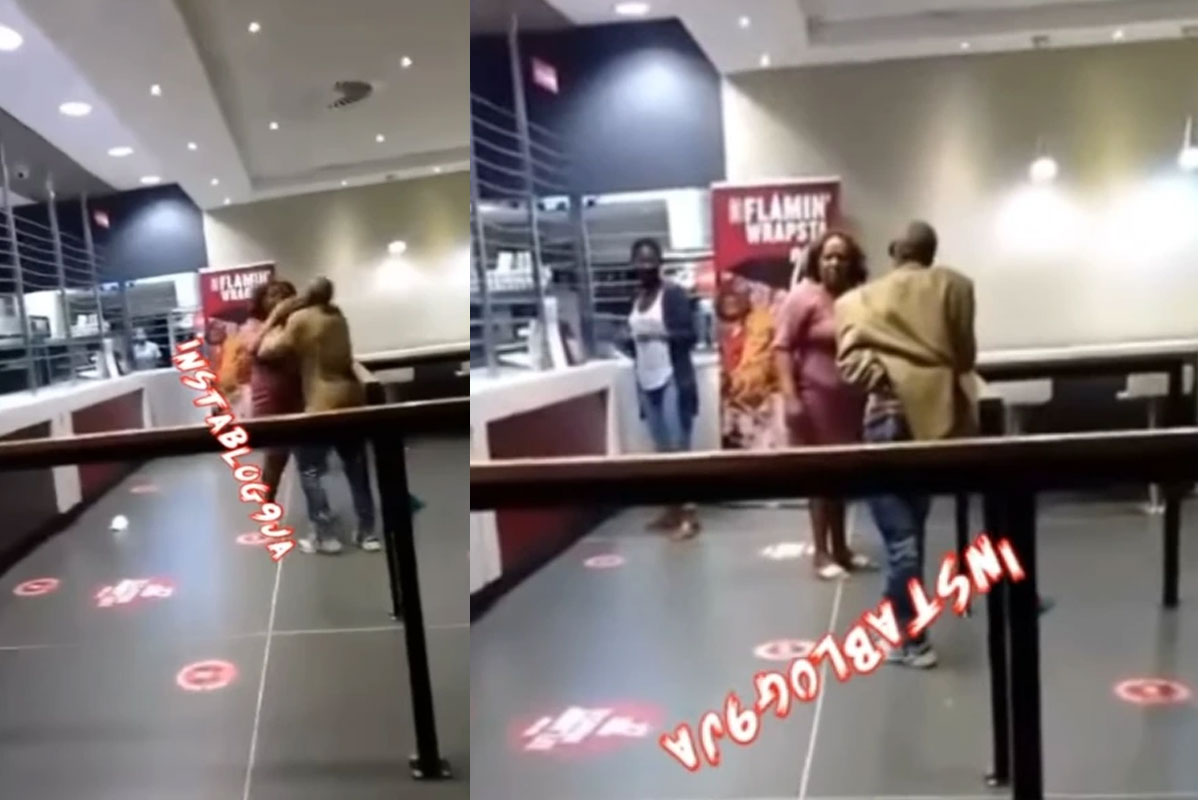 The unidentified couple were filmed from a far distance as the woman was speaking aloud and yelling at the man ordering him to pay the bill but after realizing he was not making a move at paying, she landed two heavy slaps that shook the ground.

She was also seen putting her hands into the man’s pocket probably trying to pull out money and onlookers who were around could be heard scolding the woman, but nobody attempted to separate them.

Watch the video below;