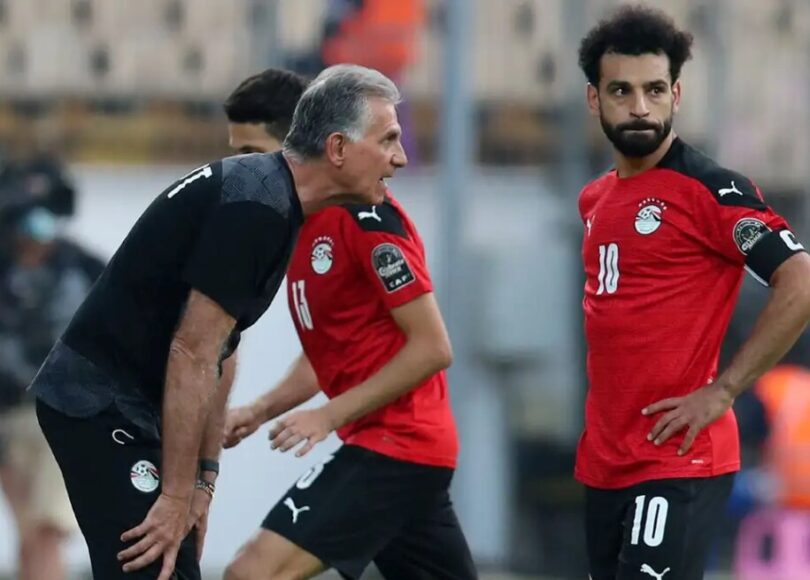 Egypt national team coach Carlos Queiroz has called on the services of centre-backs Ali Gabr and Ramia Rabia for the second leg of the World Cup qualifiers against Senegal.

The Pharaohs managed to snatch a crucial 1-0 win over the reigning African Champions in the first leg, allowing them to take a slight advantage ahead of Diamniadio’s return to Stade Abdoulaye Wade next Tuesday.

Initially deprived of two of their main defenders, Ahmed Hegazi and Akram Tawfik, due to injuries, Egypt will now have to manage without the duo of their central hinge in the first leg in Cairo.

Abdelmonem suffered a nose injury during the game which forced him off the pitch in the first half and had to undergo surgery after the final whistle. Meanwhile, El-Wensh racked up three yellow cards, earning him a final game suspension.

To compensate for this double package, the coach of the Pharaohs, Carlos Queiroz, called in the central defender of Pyramids FC Ali Gabr and Al Ahly Cairo Rami Rabia.

Ali Gabr and Rami Rabia have been called up to the national team 🇪🇬 pic.twitter.com/RuapeEUXOM