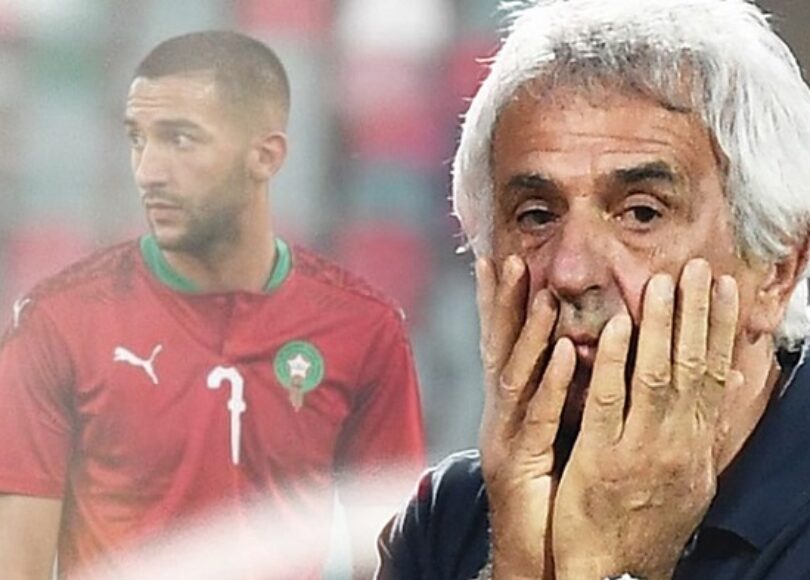 The Atlas Lions supporters, in particular Ziyech’s acolytes, gave Vahid Halilhodzic a rather annoying welcome after the return of the Moroccan national team from DR Congo where they snatched a draw (1-1) in the first leg of qualifying for the World Cup.

The scene is furtive, but is the symbol of a certain tension around the selection of Morocco. After the draw obtained by the Atlas Lions in Kinshasa (1-1) in the first leg of the 2022 World Cup, Vahid Halilhodzic was treated to a welcome committee on the arrival of the delegation at the airport in order to take the plane to Morocco. When he got off the bus and took the time to walk the few meters to pass the airport forecourt, the technician was strongly shouted down by some fans.

They welcomed the coach with cries of “Ziyech, Ziyech…! », in reference to the attacking midfielder of Chelsea with whom Vahid Halilhodzic is cold. The former Ajax player has also put an end to his international career and declined the call of the selection, when he was summoned for this double confrontation. A choice made because of his conflicting relations with the Franco-Bosnian. A choice that many supporters of Morocco consider to be solely due to the attitude of “Coach Vahid”.

While he openly refused to join the selection, Ziyech is acclaimed by Moroccan fans in front of Vahid! pic.twitter.com/lYTH5O8dl6