It’s a very bad surprise. Because nothing foreshadowed such a death. The Zouglou Makers are finalizing their new album. And Jean Roger Adom as well as Willy Gavara were recently in Paris. About ten days ago, they returned to Abidjan. And Adom was well. Nothing of concern to report about it. His friends even think that if he knew he was sick, he would have stayed in Paris for treatment.

But a little discomfort in the last few hours forced him to take him to the hospital. From there, everything accelerated. And this Tuesday evening, the news of the death of the singer came to surprise the world of zouglou. Starting with his friends in the group, Willy, Samuel Allui and all the other members of Zouglou Makers who don’t understand what has just happened. 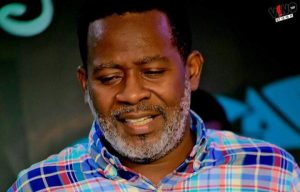 We remember that in 2016, Jean-Roger Adom fell ill. Exhausted from work, he also suffered from diabetes and high blood pressure. But the man had not considered it useful then to communicate about the disease. Recovered after intense care, he returned to full fitness in 2017, the year his group celebrated its 10th anniversary. In front of the media, he was content to say simply: It was a big fatigue. We toured for almost ten years without rest, we played eight to nine times a week and the body gave out. »

Married since October 24, 2020 to his dear wife nicknamed Maman Nina, Jean Roger had great ambitions for his family and for Zouglou Makers, one of the strongest and most respected groups. In the middle, it is also said that it is the most expensive group, in terms of stamps.

Unfortunately, Adom abandons his friends at a time when they are preparing a big leap with their new album being finished. Farewell John Roger! Farewell artist!